The road up the mountain was empty and rough. It seemed impossible that one of Peru’s most exclusive restaurants, perched next to an eerie, lesser-known Inca ruin, would appear at the end of the red dirt path.

To get there, our driver navigated a wooden bridge barely wide enough for his car and honked his horn before every bend. We bumped along past mud brick houses and girls with bowl-shaped baskets tied to their heads as we climbed so high that the snow-capped peaks in the distance reached our eye level.

We were headed in February to Mil, a restaurant a 90-minute drive from Cuzco opened last year by Peruvian chef Virgilio Martínez. It aims to celebrate the centuries-old cuisine of the Andes with an avant-garde twist.

The establishment overlooks Moray, an ancient formation of concentric circles made into stone-lined terraces that sink deeper and deeper into the earth. The Incas are thought to have used the site as a food laboratory, a fitting neighbor for a restaurant that experiments with smoked lettuce infusions and dehydrated cacao fruit.

Most tourists in Peru go straight from Cuzco to Machu Picchu without stopping. They miss what’s in between: quiet pockets of the Sacred Valley, like this one, where chefs highlight the region’s purple corn, local herbs and 4,000 varieties of potato. Here, the earthy flavors are wholly different from ceviche, the coastal food for which Peru is globally known.

The lack of oxygen at Mil’s elevation, 11,000 feet above sea level, hit me with a dull headache I thought I had shed after several days in the Andes. My husband, Jesse, glancing at me in a moment of altitude-induced discomfort, felt it too.

My wooziness was somehow appropriate. Mil had a spa-like feel — pristine, sparse and scarily intoxicating. The small dining room served only lunch. The servers, some of whom had left the high-dining scene of Lima to commit themselves to life in isolated villages near the restaurant, seemed almost part of a religious order. We lost track of time, missing our planned rendezvous with our driver by hours.

Our first bite was of coca bread topped with oozing, bloody-red elderberry butter. We ate a cake of pork belly served with tarwi seed, avocado and rocoto sauce made of red peppers. One of the most memorable dishes was called Extreme Altitude, featuring duck, black quinoa, dehydrated leaves and cushuro, cyanobacteria in the form of translucent green balls that are harvested from the surface of alpine lakes.

The flavors were rich and surprising, and as we dined facing a window that framed the green hillside, we kept thinking, “Where are we?”

Each of the eight courses — referred to by the staff as “moments” — was paired with a narrative from the waiters and a drink, such as mata cuy, a punishing liquor made of local botanicals. The name, borrowing from the Spanish matar and the Quechua word for guinea pig, means, well, guinea-pig killer.

Lunch ended with a hot chocolate for me and a coffee for my husband, the latter prepared by a young man who poured the beverage in a spiraling motion. His sole mission seemed to be to get that part of the meal right.

Staffers at Mil said they work hard to integrate the restaurant into the surrounding community by inviting locals to events and working with women’s groups on small-business development. An anthropologist who helped develop Mil’s culinary plan lived at the site for two years studying local ingredients before the restaurant opened.

It was hard to picture, though, how a restaurant that charges $200 per person could relate to nearby villagers. A man holding a list of approved names guarded the road leading to the establishment. When we asked our driver, a local, whether the restaurant is seen as an inviting part of the community, he smirked.

Cooked in the earth

Perhaps that’s why it was refreshing to slip a more casual Andean cooking experience into our trip.

My husband and I ventured through the Sacred Valley to Ollantaytambo, a historic town of cobblestone streets that sits at a more sensible 9,000 feet elevation. We stayed at El Albergue, a hotel whose doors open onto the city’s train platform.

Few travelers would know that the restaurant wedged feet from the tracks, is part of a serene hotel with bursting gardens that is one of the most charming and reasonably priced in all of Peru.

We chose to stay at El Albergue not just because of its wide second-floor porches with mountain views or its greenery that felt oddly tropical or its ideal location as a jumping-off point for the Machu Picchu trek, but because it offers an earth-oven cooking experience on its sprawling organic farm.

We were here to taste pachamanca, a dish thought to date to the Incan empire as far back as the 12th century, involving alpaca, guinea pig and beef as well as local vegetables cooked in the ground. In Quechua, pacha means “earth” and manca means “oven” or “pot.”

Our host, Giselle, was an experienced restaurant server who had found refuge in recent years in the laid-back culinary scene of Peru’s mountains. She led us past fields of flowers and fruit trees to a small shade structure where a crater had been dug.

We watched as workers handled rocks that had been heating for more than an hour, rising to 800 degrees Fahrenheit. They layered the stones at the bottom of the 3-foot-wide hole, placing whole potatoes directly on top of them. Then more hot stones were piled on, followed by lamb, chicken and pork that had been marinating in garlic, salt, cumin and Andean mint known as chincho.

After a final layer of scalding rocks, leafy herbs and fava beans were placed on top, followed by wet muslin and shovelfuls of dirt for insulation. The process allowed the meat to sear on the rocks, while fat and juices dripped onto the potatoes. The herbs become charred, developing a smoky taste.

While we waited, Giselle took us a few steps to the distillery, where she gave us sips of cañazo, a liquor made from fresh-pressed sugarcane juice. At the roastery next door, we sniffed freshly roasted coffee beans the hotel cafe would serve its guests.

Soon it was time to eat; the food was done in just 15 minutes because the earth oven was so hot and pressurized.

The result was a feast spread on a communal table in a small field framed by the green slopes of the valley. We drank fresh chicha morada, the deep-hued juice of purple corn. The meal was deliciously uncomplicated and satisfying.

The next morning, we didn’t feel rushed like the hundreds of other tourists crowding the train platform outside our hotel. They zoomed around, disoriented and hungry, on their way to hike the Inca trail or return to Cuzco, unaware of the world we had just experienced tucked behind the station.

We preferred it that way, nestled in a booth by the windows at El Albergue, coffee in hand, watching everyone whiz by.

If you go
THE BEST WAY TO CUZCO, PERU

From LAX, LATAM, American and Avianca offer connecting service (change of planes) to Cuzco. Restricted round-trip airfare from $662, including taxes and fees..

Once in Cuzco, train companies such as PeruRail and IncaRail offer rail and bus service to Ollantaytambo. Private taxis from Cuzco to Ollantaytambo can also be arranged through hotels, including El Albergue, or tourist services, for about $50.

Hire a taxi to reach Mil, a third of a mile north of the Moray Archaeological Complex. A round trip should be about $75 from Cuzco or Ollantaytambo.

Numerous well-appointed homes on Airbnb can be found in Cuzco, Ollantaytambo, Urubamba and throughout the Sacred Valley, starting at $50 a night.

Machu Picchu, accessible from the town of Aguas Calientes. Entrance fee $65. Train from Ollantaytambo available on PeruRail and IncaRail from $126 round trip. Trains and buses also available from Cuzco.

Ollantaytambo ruins. Ancient Inca temple and fortress. Accessible with the Cuzco Tourist Ticket, from $40, which allows entrance to multiple sites. 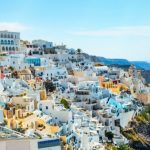 What you should know about Santorini 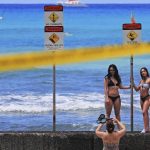 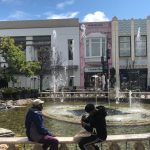 At the still-open Grove, ‘we have to find a way to put some smiles on our faces’